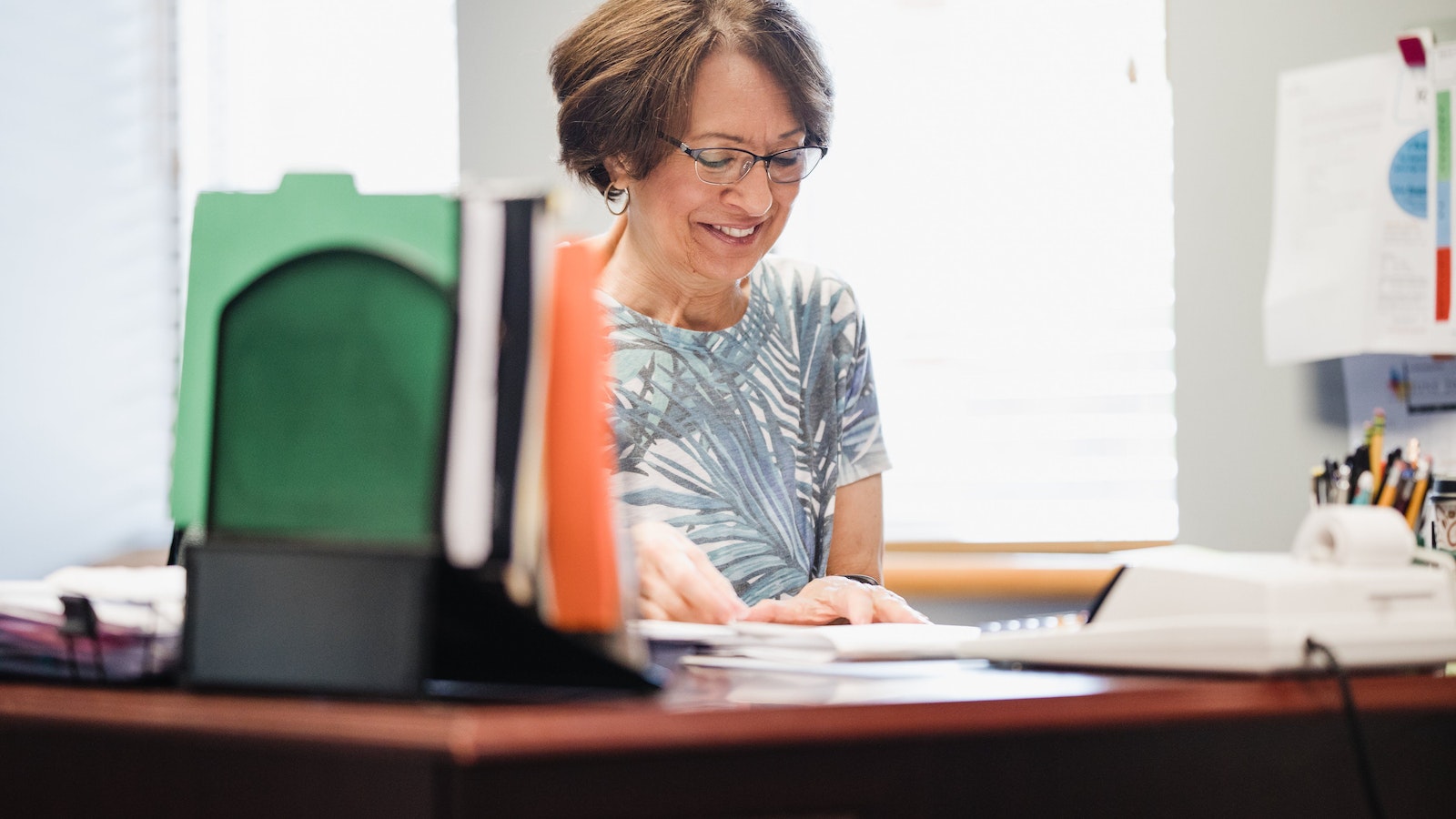 During the month of October, Msgr. Ronald Brown, Judicial Vicar for the Archdiocesan Tribunal, Sr. Esther Mary Nickel, RSM, Director for Sacred Worship and Steve Wejroch, Archivist for the Archdiocese of Detroit, went out to parishes with training about sacramental record keeping. The discussions around keeping accurate and secure records were a good time to reflect on the fact that sacramental records deal with the divine and the mysteries of salvation. For example, that when the second person of the Trinity, Jesus Christ, took on flesh, all of man’s human actions were now part of man’s relationship with God. Or, how the Incarnation intimately touches the lives of individuals who actively possess a sacramental relationship with Jesus Christ.

All who attended the workshop had the opportunity to reflect on the Church's teaching on the origin, nature and grace of the sacraments and review best practices. The Archdiocese of Detroit periodically updates its Reference Guide to Sacramental Records, Preservation and Policies to include current situations and incorporate the Archdiocesan parish structure. The two significant additions that Msgr. Brown, Sr. Esther Mary Nickel and Mr. Wejroch wanted to bring to the attention of attendees were the addition of birth sex into baptismal records and best practices for multi-parish confirmation celebrations for Families of Parishes. In the case of baptisms, the norm for baptismal certificates will now read, “N., ‘son of…’ or ‘daughter of…’ NN. of parents.” In the case of multi-parish celebrations of the sacrament of confirmation, the parish where the celebration takes place will be the location that creates and contains the official records of the sacrament of confirmation. It is also recommended that the “home parishes” within the Family also make a record in their confirmation registry of members of their parish that were confirmed at the multi-parish celebration.

The Sacramental Records Workshops were also an opportunity to review many current procedures such as those regarding marriage and prenuptial files. It is common practice that those preparing for the sacrament of matrimony should obtain newly issued baptismal certificates six months before marriage. Due to the sacred nature of sacramental records, no person may access the records of another and both the bride and groom must request their own certificates. The priest or parish staff at which the marriage will be celebrated may also request certificates on their behalf. Once the marriage is appropriately recorded in the parish where the sacrament was celebrated, the parish then notifies the parish(es) of the baptism of the bride and groom for notations to be added to their baptismal records.

Attendees of the workshops had the opportunity to celebrate the diversity of the Catholic presence in the Archdiocese as they launched into a discussion about ritual ascription. In the Archdiocese of Detroit, members are blessed to live amongst many Eastern Rite Catholics such as Chaldeans, Maronites and Syriacs. It is essential to understand that there can be differences in their celebrations of Christian Initiation. Many Eastern Rite Catholics celebrate all three sacraments of initiation at the time of baptism for infants. So this means that if an individual were initiated in an Eastern Rite and is attending a Roman Rite Catholic School or Parish, they would not participate in sacramental preparation the same way as children of the Roman Rite. The Eastern Rite child, at the parents’ discretion, could participate in the parish religious education as a mystagogical experience. Still, it would not be considered preparation for first holy Communion or the sacrament of confirmation.

For more information about the content of these workshops or to obtain a copy of the Reference Guide to Sacramental Records, contact the Archdiocese of Detroit Archives Office.